Reading With Your Ears: Top audiobook picks for tweens and teens

Home
/
Reading With Your Ears: Top audiobook picks for tweens and teens

Looking for something to keep your older kids and teens occupied during long car rides, summer holidays, and everything in between?

Check out our list of audiobooks, there’s something for everyone.

You may even find yourself listening and being transported as well! This best-selling, critically acclaimed series is performed by Stephen Fry and is an absolute delight for listeners young and old – whether this is your first time reading the series, or you are on your 12th read through.

“Harry Potter has never even heard of Hogwarts when the letters start dropping on the doormat at number four, Privet Drive. Addressed in green ink on yellowish parchment with a purple seal, they are swiftly confiscated by his grisly aunt and uncle. Then, on Harry’s eleventh birthday, a great beetle-eyed giant of a man called Rubeus Hagrid bursts in with some astonishing news: Harry Potter is a wizard, and he has a place at Hogwarts School of Witchcraft and Wizardry. An incredible adventure is about to begin!” “The evil Shadow Lord is plotting to invade Deltora and enslave its people. All that stands against him is the magic Belt of Deltora with its seven gems of great and mysterious power. When the gems are stolen and hidden in dark, terrible places throughout the kingdom, the Shadow Lord triumphs and Deltora is lost. In secrecy, with only a hand-drawn map to guide them, two unlikely companions set out on a perilous quest. Determined to find the lost gems and rid their land of the tyrant, they struggle towards their first goal – the sinister Forests of Silence.” The Utterly Uninteresting and Unadventurous Tales of Fred, the Vampire Accountant – Drew Hayes

A quirky, funny take on the recent vampire trend.

“Some people are born boring. Some live boring. Some even die boring. Fred managed to do all three, and when he woke up as a vampire, he did so as a boring one.

Timid, socially awkward, and plagued by self-esteem issues, Fred has never been the adventurous sort. One fateful night – different from the night he died, which was more inconvenient than fateful – Fred reconnects with an old friend at his high school reunion. This rekindled relationship sets off a chain of events thrusting him right into the chaos of the parahuman world: a world with chipper zombies, truck driver wereponies, maniacal necromancers, ancient dragons, and now one undead accountant trying his best to “survive”. Because even after it’s over, life can still be a downright bloody mess.” Percy Jackson and the Olympians Book One: The Lightning Thief – Rick Riordan

“Twelve-year-old Percy Jackson is about to be kicked out of boarding school…again. No matter how hard he tries, he can’t seem to stay out of trouble. But can he really be expected to stand by and watch while a bully picks on his scrawny best friend? Or not defend himself against his pre-algebra teacher when she turns into a monster and tries to kill him? Of course, no one believes Percy about the monster incident; he’s not even sure he believes himself.

Until the Minotaur chases him to summer camp.

Suddenly, mythical creatures seem to be walking straight out of the pages of Percy’s Greek mythology textbook and into his life. The gods of Mount Olympus, he’s coming to realize, are very much alive in the 21st-century. And worse, he’s angered a few of them: Zeus’s master lightning bolt has been stolen, and Percy is the prime suspect.” This book has something for everyone – comedy, romance, action, and magic.

“Simon Snow just wants to relax and savour his last year at the Watford School of Magicks, but no one will let him. His girlfriend broke up with him, his best friend is a pest and his mentor keeps trying to hide him away in the mountains, where maybe he’ll be safe.

Simon can’t even enjoy the fact that his roommate and longtime nemesis is missing, because he can’t stop worrying about the evil git. Plus there are ghosts. And vampires. And actual evil things trying to shut Simon down. When you’re the most powerful magician the world has ever known, you never get to relax and savour anything.

Based on the characters Simon and Baz who featured in Rainbow Rowell’s best-selling Fangirl, Carry On is a ghost story, a love story, a mystery and a melodrama. It has just as much kissing and talking as you’d expect from a Rainbow Rowell story – but far, far more monsters.” Another classic fantasy series that will transport you to the faraway world of Emelan.

“In the first audiobook of Pierce’s Circle of Magic quartet, the mage Niklaren Goldeye gathers four children and takes them to Winding Circle temple. They possess powers they do not understand, which leads to their being moved to Discipline cottage and which may end up making them a family. Full Cast Audio used almost 30 actors in this presentation, and the result is an exceptional match between the voices and the character descriptions, including children’s characters being voiced by children. The resulting authenticity helps bring the world of Emelan to life. High production values are also seen in the musical accents and sound quality.” “An intense look at the rules of high school attraction – and the price that’s paid for them. It happens every year. A list is posted, and one girl from each grade is chosen as the prettiest, and another is chosen as the ugliest. Nobody knows who makes the list. It almost doesn’t matter. The damage is done the minute it goes up.This is the story of eight girls, freshman to senior, “pretty” and “ugly.” And it’s also the story of how we see ourselves, and how other people see us, and the tangled connection of the two.”

Award-winning Australian author Melina Marchetta has created a strong role model in Josephine, in this classic coming of age story about cultural identity, growing up, and family.

“Josephine Alibrandi is 17 and in her final year of school. Dealing with her mum and the ways of her Nonna are daunting enough as she prepares for her exams. But Josie is about to discover real life gets in the way of her carefully-made plans. She suddenly has to deal with having her father around for the first time in her life, falling in love, and uncovering her family’s secret background. Despite all the turmoil, this is the year Josie discovers that emancipation doesn’t mean escaping from your past. Sometimes you need to face up to who you are in order to set yourself free.” The award-winning novel that established Markus Zusak as an international brand.

“It is 1939, Nazi Germany. The country is holding its breath. Death has never been busier, and will become busier still. By her brother’s graveside, Liesel’s life is changed when she picks up a single object, partially hidden in the snow. It is The Gravedigger’s Handbook, left there by accident, and it is her first act of book thievery.

So begins a love affair with books and words, as Liesel, with the help of her accordion-playing foster father, learns to read. Soon she is stealing books from Nazi book-burnings, the mayor’s wife’s library, and wherever there are books to be found. But these are dangerous times. When Liesel’s foster family hides a Jewish fist-fighter in their basement, Liesel’s world is both opened up, and closed down.” “Ever since the disappearance of her beloved younger brother, Violet’s life has been consumed by an anger she struggles to control. Already a prisoner to her own nation, now she has been sentenced to death for her crimes. But one decision could save her life: To enter the kingdom of Patrus, where men rule and women submit.

Everything about the patriarchy is dangerous for a rebellious girl like Violet. She cannot break the rules if she wishes to stay alive. But abiding by rules has never been her strong suit, and when she is thrust into more danger than she could have ever predicted, Violet is forced to sacrifice many things in the forbidden kingdom…including forbidden love.” 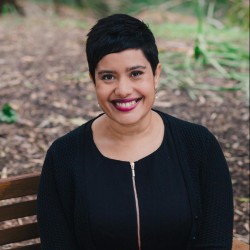